Education is the greatest journey of life where there is a beginning but no end. Excellence in performance, global understanding, universal values and service to mankind are the building blocks of our educational edifice which go a long way in exploring the student’s intelligence.

In the modern era of globalization our singular challenge is to prepare our students for leadership roles in a rapidly changing, shrinking world. The education of the individual, in addition to promoting his own innate abilities, would attempt to develop in him a sense of responsibility for his fellowmen in place of the glorification of power and success. The mission of our institution is inspired by Swami Vivekananda’s words: “If we are to stem the tide that is overtaking us, through quality instruction we have to equip our students with the required knowledge, skills and attitude, on this occasion let’s all arise, awake and stop not till the goal is reached.”

North Gujarat was lacking in Higher Education Facility as Colleges were not available in the Area in the period earlier than 1960 and there about. Mansa being in North Gujarat did not have any College facility The State Transport was not available at that time.

Therefore, leading personalities of Mansa like Late Rao Saheb Pruthisinji, Late Shri Jamnadas Vithaldas, Late Shri Narandas Chunilal Dani, Shri Moraleedhar Kachradas and several others under the leadership of Late Padmashree Vithaldas Hakamchand Shah, Managing Director of Lallubhai Amichand Ltd., Mumbai and the native of Mansa took invitiative for establishing Colleges in Mansa and for this very purpose, they established Sarvodaya Higher Education Society in Mansa in the year about 1960 and got the institution duly registered. The Society started collecting donations for establishment of Colleges.

Sheth Shri Sankalchand Damodar College of Arts was donated by Late Shri Jamnadas Hakamchand Shah in the fond memory of his beloved father.

Similarly, Sheth Shri Balchand Ramchand Commerce College was donated by Shree Rasiklal Balchand of sangli in the fond memory of his beloved father.

All the 3 Colleges were started in the year 1961 or so with the contributions and hard efforts made by the Founders of the Sarvodaya Higher Education Society, Padmashree Sheth Shri Vithaldas Hakamchand Shah was the founder President of the Society till he was alive and took keen interest in running these Colleges.

At present three Colleges performing very well and round about three thousand students are studying in the Campus. 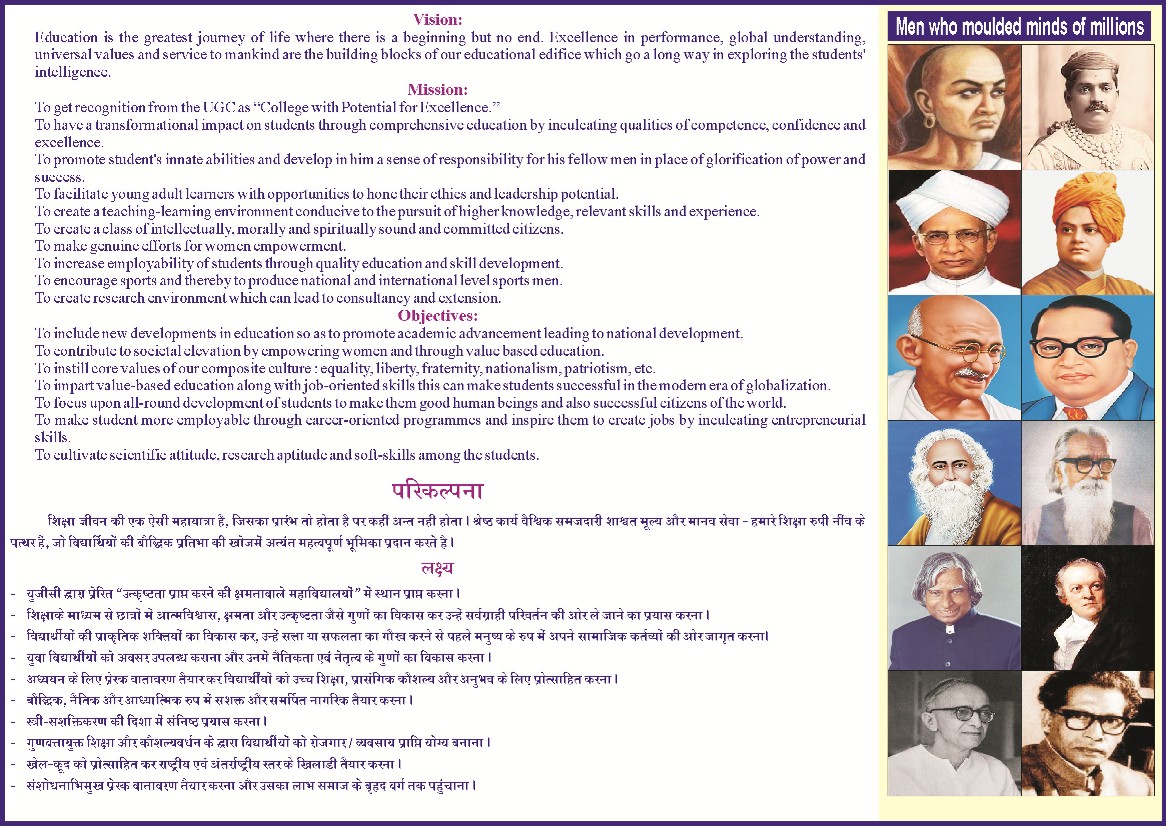 Mansa is located in the rural area of North Gujarat and is mainly peopled by farmers.

A few leading citizens of Mansa dreamt of establishing an educational institution in Mansa for Higher Education and held a meeting on August 10, 1959 wherein the decision was taken unanimously. READ MORE